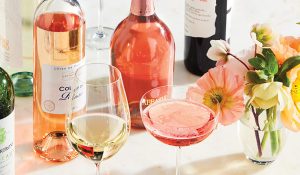 In a press release issued by Martha Stewart Living Omnimedia, a company spokesperson said that the company has forged a partnership with E.&J. Gallo Winery to develop a brand of wines under the label “Martha Stewart Vintage.

The wines will sell for about $15 a bottle and, not surprisingly, will be heavily promoted to the wedding market.

“Wine is an important part of entertaining and cooking,” said Elizabeth Estroff, spokeswoman for Martha Stewart Living. “We have a lot of credibility and a strong brand equity in these categories.”

In May 2007, Martha Stewart signed an agreement with Costco Wholesale cost to sell a cobranded line of frozen and fresh food under the label Kirkland Signature by Martha Stewart. Kirkland is a key store brand for the wholesale club operator.

Over the past 12 months, Martha Stewart Living has stepped up a number of initiatives from magazines like Blue Print to developing branded homes with KB Home,  one of the nation’s largest home builders.

In May, it launched its new Martha Stewart Crafts line of paper-based crafting and storage products in more than 900 Michael’s stores, with plans to roll out the line to independent dealers later in the year.

In August, the company launched Martha Stewart Collection of home products that is being sold exclusively at Macy’s stores and on macys.com.

This foray into wine appears to be yet another spoke on the wheel of expansion for the Martha Stewart brand.  It will be intriguing to see what comes next.